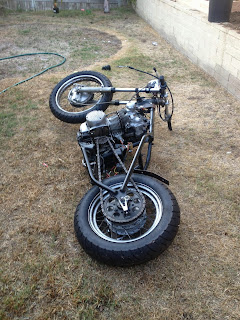 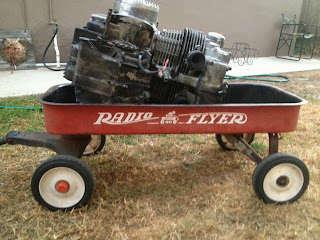 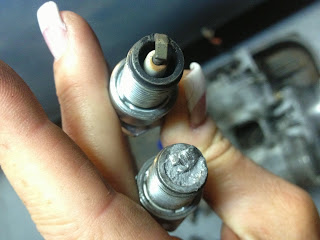 Just finished up these lil' beauties! I am super stoked on this one and am rocking it as my daily mug now!

"Creature from the Black Lagoon"

The travel mugs hold 16oz. of any liquid you like, hot or cold.

The mug is insulated to keep things hot OR cold.


Posted by Brin Plourde at 7:01 PM No comments:

I tend to keep incomplete patterns, wondering what I could use them for. I had an idea. I used the pieces to cover a paper lantern globe light. But it needed more. So I cut out models from the Frederick's of Hollywood catalogs and put them on there too. This is still a work in progress but I am liking how it's looking.

Keep tuned for the finished product!

Also, come by and see us at the King of Clubs Car Show at Barona Speedway, July 27 and 28th! Antique drags, music, vendors, hot rods, and more!

Click Here to Visit My Etsy Shop!
Posted by Brin Plourde at 10:32 AM No comments:

I am in love with the flower fabric and can't wait to get started on some new projects!   JoAnn Fabric is having a super sale plus my 50% off coupon; saved $44 today!!  Wooooo hoooooo! 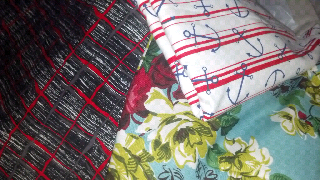 Posted by Brin Plourde at 2:54 PM No comments:

We hit the road yesterday to The Shifters 20th Anniversary Car Show in Corona, California. 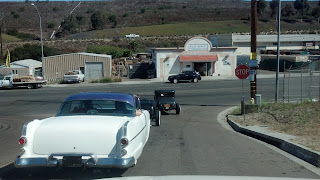 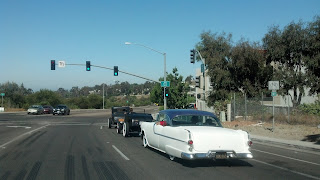 Nice ride up there.  I had the Ford Flex packed full of kids.  But I also had AIR CONDITIONING.  Fair enough trade off.
It took about 2 hours to get up there.  We met Marty and Nicole near Oceanside.

Here are The Spares parked together.  From left to right:  Marty, Jimmy, Kooter & Aaron. 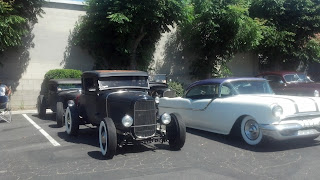 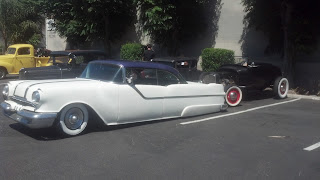 It got up to about 90 degrees and there didn't seem to be enough shade to keep me cool.  Nice venue, mellow crowd, decent bands and some really nice cars.  I got to see an old car of mine.  1955 Buick Special.  I sold her in 1996 to a guy that completely changed and fixed her up.  She is covered in flames now.
The End.

Posted by Brin Plourde at 1:45 PM No comments: